This is a Demo/Prototype of a game I'm working on with the Doogie Fun Apparel Team. It's a Physics Based Platformer similar to games like Mario, Red Ball, Sonic, etc. It's still in Development, so many things may change in the final product. Visit their site over at www.doogiefunapparel.com for info on T-Shirts, Hats and other Items.

Again, this is an early build/prototype of the game so many things (sound effects, title graphics, physics, etc) may not work like they should (many has been fixed so far in the final build). But it's still playable, so try it out.

UPDATE (4/8/2019): This is the new version of the DEMO.  If it don't load, try to reload the page or click on the back browser button and re-click on the link again; then it should work. Also, if you like to play the game in FULLSCREEN mode just click on the small icon with the 4 Arrows in the lower right corner of the game.

1.07 3/10/2016 - First Full Official Demo, 1st Full Stage 1 VALLEY is Playable. Added new colors to Birds, also new enemies. Some sound effects are not working or haven't been added yet. And the 'Share Score' option is not functioning as of now, will implement it later.

1.21. Final FINAL (for now) 4/4/2019 - Ok, Had to Revamp and Redo the DEMO after having various people play test the game out.  So hopefully this is the FINAL version of the finished product that will be released in May 2019.

- FULLSCREEN mode just click on the small icon with the 4 Arrows in the lower right corner of the game.

If you have any questions, just email me: 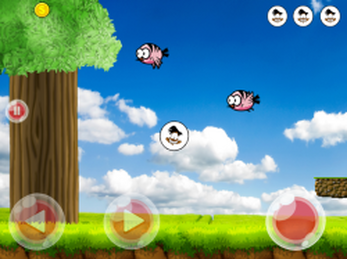 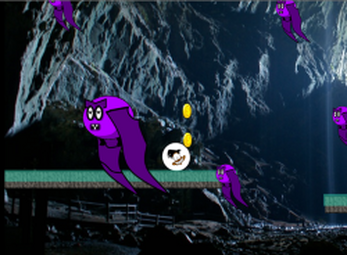 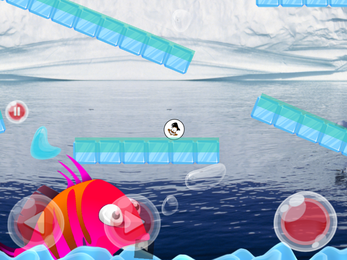